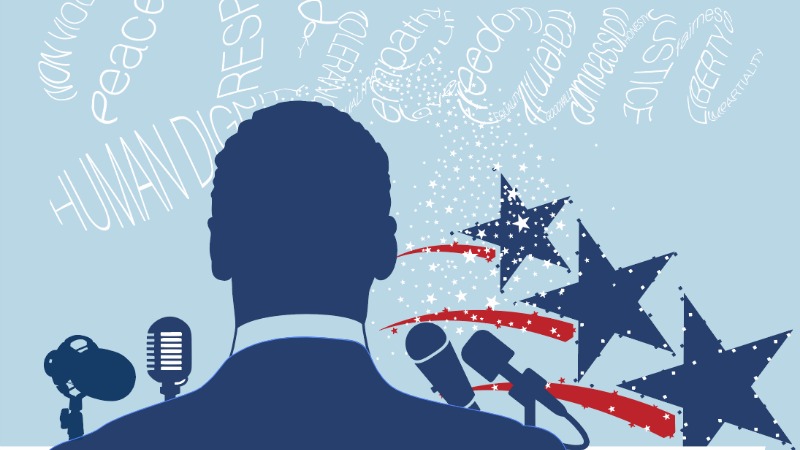 The Dream Lives On | MLK Day

Dr. Martin Luther King, Jr. has one of the most inspirational stories and continues to be one of the most influential figures in the United States and all over the world. In 1986, January 15th became a holiday for banks, federal officers, and schools across the United States to honor his great life. However, although his historic 1963 March on Washington has been followed and studied by many, there is a lot of fascinating facts outside of his many speeches that many don’t know.

Although the name Martin is known to be his first name, his actual name at birth was Michael. At the age of 5, Martin’s name was changed to Michael along with his father’s to honor the founder of the Lutheran denomination.

At only 35 years old in 1964, Dr. King received the Nobel Peace Prize and decided to donate all $54,123 of the money to the civil rights movement. During his acceptance speech, he delivered us one of his many memorable quotes “I believe that unarmed truth and unconditional love will have the final word in reality. This is why right temporarily defeated is stronger than evil triumphant.”

TIME Magazine considered Dr. King to be the personification of the Civil Rights Movement and on January 4th, 1964 they announced that he was 1963’s “Man of the Year.” This great honor made him the first black man to ever receive this award from the magazine.

One of the most well-known quotes from Dr. King is his famously recited “I Have a Dream” speech which continues to be recited by many world-wide was improvised. Clarence B. Jones worked along-side Dr. King on creating the draft of the speech and said that the “dream” reference was never actually included in the speech.

To the shock of most, and especially Dr. King Sr. who believed his son to be the most gifted speaker to ever live, while at seminary school, one of Dr. King Jr.’s professors gave him a C in his public speaking class. Of course, by his third and final year, he was a straight-A valedictorian. It is also worthy of noting that Dr. King was accepted and enrolled at Morehouse at the stounding age of 15.

Between the years of 1957 and 1968, Martin Luther King Jr. has traveled more than six million miles, spoken over 2,000 times, had been arrested over 25 times, assaulted at least four times, and awarded five honorary degrees. Now and for many years to come, Dr. King will continue to be an inspirational figure worthy of learning about and trying to live up to.