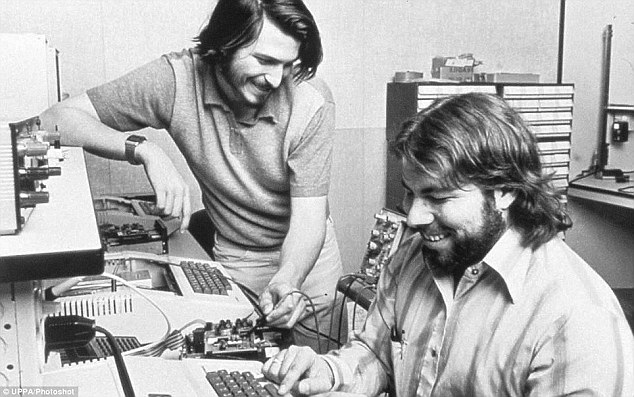 How To Find A Technical Co-Founder

Part 8: How To Find a Technical Co-Founder

So you have an idea for the next big Uber for Dog-Walkers, but you don’t have the technical skills to code it up yourself. What are you to do? You’ve got to get your world-changing app to market before someone else beats you to it!

If you happen to have a lot of time on your hands and a penchant for tinkering with computers, you could actually sit down and, you know, learn to code.

Alternatively, if you happen to have a lot of money to burn (or if you’re exceptionally good at raising it), you may be able to hire one or more talented programmers to bring your idea to life.

Of course, in the real world, most budding entrepreneurs don’t have a seven figure budget to throw at their ideas, nor do most have the time, money, or inclination to become America’s Next Top Coder. If you find yourself in this category, where you’re not techie enough to code it yourself and you don’t have the money to hire the talent, you may want to find yourself a genuine technical co-founder.

FIRST, BE VALUABLE YOURSELF

Before you start looking for a coder to develop your idea, you’d be wise to focus on making sure you are a valuable co-founder yourself. Otherwise, you may find that, despite your great idea, talented coders might not be all that excited to work with you in the first place.

Many non-technical entrepreneurs tend to overvalue their own ideas, and undervalue the role of the programmers who can make them a reality. There are millions of great ideas floating around in this world, at this very moment. Most coders have exciting ideas of their own as well. To get a talented programmer to work with you as a co-founder, you’ll need to recognize that they are, at least in the early development stages, bringing in far more value than you’re bringing in with your great idea. Developing an idea takes a lot more time and energy than coming up with it in the first place. You may have put days into brainstorming, or had it percolating on the backburner for who-knows-how-long… but it can take thousands of hours of hard, focused work for a skilled programmer to turn that idea into a properly functioning codebase. In order to attract a truly talented technical co-founder, you need to be a truly valuable non-technical co-founder.

It helps to flesh out your idea a little bit before you start looking for a coder. Create an MVP to test the market. Proving that people are willing to give you real, actual money puts your idea on a level that most ideas never reach. You’re no longer a “wantrepreneur” with a pie-in-the-sky idea; you’re a legitimate startup founder with a newly budding business.

It’s also important to learn at least a little bit about the technologies you’ll need for the development of your product. If you’re totally clueless about coding and development, not only will you have a hard time evaluating potential technical co-founders, but the techies you meet probably won’t be all that interested in working with you in the first place. It’s not that they’re elitists or tech-snobs; they just know something that you don’t. They know, intuitively, that working with a completely non-technical co-founder is not likely to end well. A non-technical tech CEO can often be more of a liability than an asset; he won’t be able to communicate or collaborate well with his development team. The more a “non-technical” founder understands about the technology relevant to his idea, the more successfully he’ll be able to manage and work with a team to bring that idea to life. This doesn’t mean that you should spend ten years becoming a world-class computer scientist, but if you’re going to be building a tech startup, you should at least have a basic understanding of the technologies involved.

For a more comprehensive understanding of what skills you can bring to the table to make a technical co-founder more interested in working with you, check out our January article, Do I Have What It Takes to Launch a Successful Startup?

WHAT TO LOOK FOR IN A TECHNICAL CO-FOUNDER

WHERE TO FIND A TECHNICAL CO-FOUNDER

Arguably the best way to find a non-technical co-founder is through your network of family, friends, colleagues and acquaintances. You can also attend events in your community, at universities, hackathons, coding bootcamps, and vocational schools, or through websites like meetup.com and startupweekend.org.

Through networking, you’ll meet many technical people who like your idea, who may not be the right fit for you for some reason or another. Don’t just shrug your shoulders and walk away from these encounters. Ask them if they know anyone who can help you! You may find that they can refer you to other coding geniuses who will be even better suited to working with you as a technical co-founder.

Here are a few online resources you can use to find co-founders as well:

Once you’ve found someone who has the skills to turn your idea into a reality, and shares your passion for the project, all that’s left is to close the deal. If you’ve found a techie who really wants to work on your project, you shouldn’t need to do much convincing; just make sure to give your new partner a fair ownership stake that reflects the value that she brings into the company. Don’t get greedy and think that you deserve the lion’s share for coming up with the idea. Remember that an idea without execution isn’t worth the napkin it was feverishly written on.

In response to a question on Quora, Drew Houston, founder of Dropbox.com, wrote:

Good technical people will have ideas of their own that they’re excited about, and working for a non-technical founder who, by the way, doesn’t know or appreciate the difficulty or time it takes to make something well-engineered and undervalues you from an ownership standpoint, gets old quickly.

Good engineers have a wealth of compelling opportunities at any given time, so it gets even worse if the non-technical founder is inexperienced, or hasn’t already brought a lot to the table (funding, etc.) See, for example, http://www.cs.uni.edu/~wallingf/blog/archives/monthly/2010-12.html#e2010-12-01T15_45_40.htm one view of how technical people perceive “idea guys” who “just need a programmer.”

Give commensurate equity [to your technical cofounder]. Again, bear in mind that frankly he or she will be more valuable than you at this phase.

***Note: don’t worry too much about people stealing your idea. Talented developers have great ideas thrown at them every day, and don’t have time to work on almost any of them. Rather than trying to hide your ideas and approaching developers with hesitance, suspicion, and NDAs (which will most likely alienate your possible co-founders before you even get a chance to connect), focus on providing value as a non-technical partner. If a coder has the choice between “stealing your idea” versus working on it with a powerful, valuable, and passionate co-founder, she will almost always choose the latter.