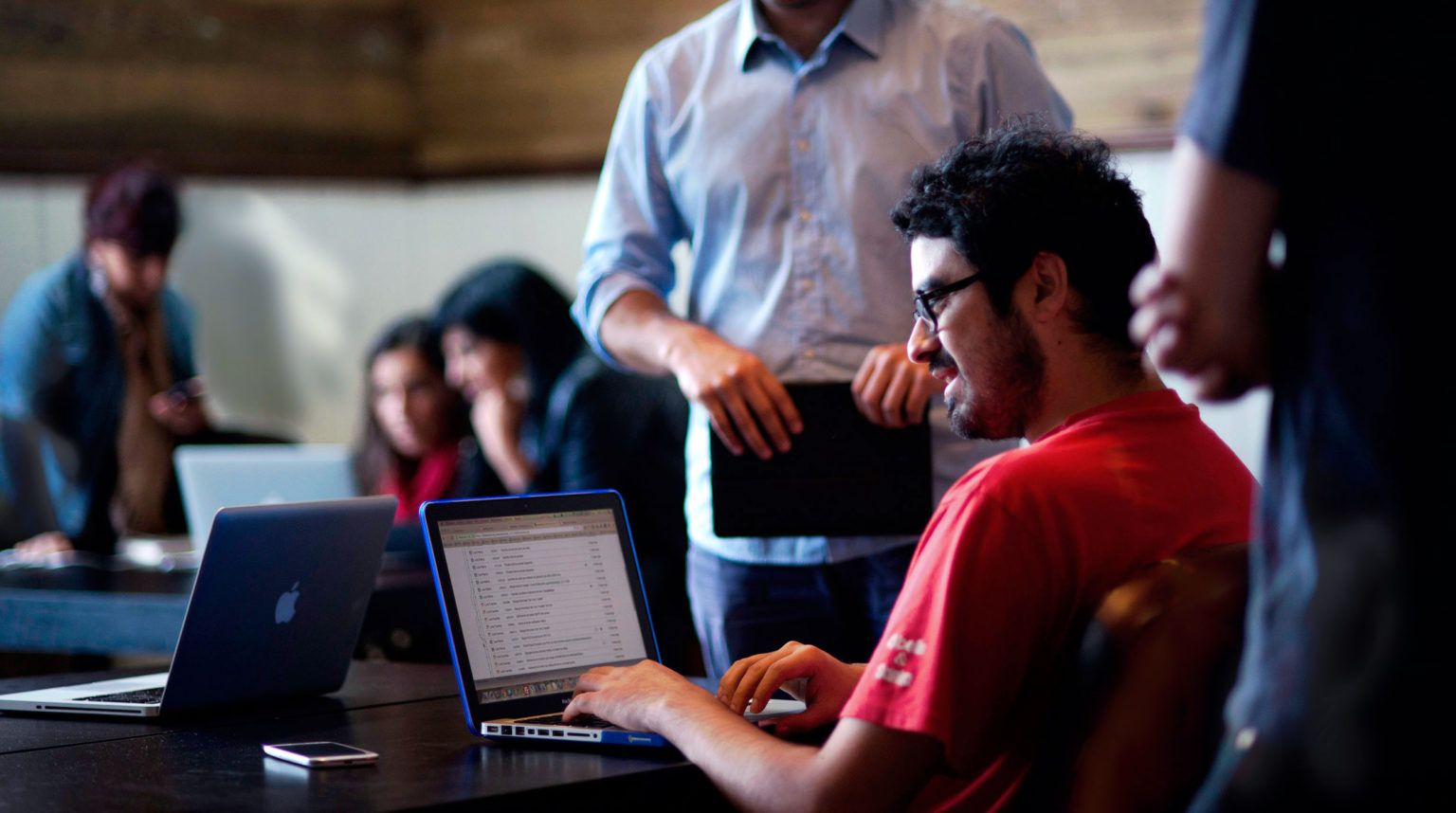 Get a Job as a Web Developer in South Florida

Which Technologies Do You Need To Learn In Order to Get a Job as a Web Developer in South Florida?

There are so many web development technologies popping up every year, it’s hard for any of us to keep up. Over the past few years, we’ve seen the (seemingly widespread) adoption of bundlers & task runners, hundreds of frameworks & libraries, a plethora of JavaScript transpilers, the new ES6 JavaScript update, and much more. While this avalanche of new technologies provides a ton of fun for experienced web developers, it can bury new developers alive. For those who just want to learn to code & get a job as a web developer, this constant stream of new technologies can be quite daunting. It’s hard to know where to start.

Can I get a job as a web developer just by learning the basics of HTML, CSS, and JavaScript? Or do I need to learn a couple of frameworks first? If I haven’t learned ES6 syntax yet, will I look like a total n00b in a job interview? Should I be embarrassed that I don’t even know what a transpiler is? We hear questions like these all the time at FVI.

Here at FVI, we believe in answering questions with facts, data, and real-world research… so Victor Moreno, our Web Development education director, dug into the website code of eight of South Florida’s largest employers. Victor wanted to find out which of the new web technologies real-world companies are actually using. He wanted to find out what he needed to focus on in order to give each of his students the best chance of getting a job as a web developer in South Florida.

WHAT VICTOR LOOKED FOR

Company #1
Bundler: none
Task Runner: none
Framework/library: jQuery, one custom plugin
Transpiling: none
Supported ES6 syntax: none, not even in one file

Company #3
Bundler: none; 50+ js files
Task Runner: none, nothing minified nor concatenated
Framework/library: jQuery, jQuery extensions, and some cool enterprise tools like appdynamics
Transpiling: none
Supported ES6 syntax: none

Company #4
Bundler: very slight use of requirejs/browserify, but they’re still loading 50+ script tags
Task Runner: nothing minified or concatenated
Framework/library: 30% angular 70% jQuery. They have some directives and controllers but a massive amount of jQuery code
Transpiling: none
Supported ES6 syntax: none apparent but I couldn’t check everything because it’s 50k+ lines of code
**This site has some of the best coding practices, making use of closures and so on. On the downside they have a lot of angular overhead to still be running most of their site with jQuery.

Company #5
Bundler: none
Task Runner: none
Framework/library: jQuery
Transpiling: none
Supported ES6 syntax: none
**They develop solutions for other clients and they hire a lot of Java and Angular 1.

Company #8
Bundler: some modules created with requirejs/browserify
Task Runner: none, nothing minified, many CSS/JavaScript files
Framework/library: Angular (light usage). A lot of native JavaScript.
Transpiling: none
Supported ES6 syntax: none
They have 5 or 6 cloudfront CDNs to speed up asset delivery. They’re spending a lot more time on devops than they are on front end optimizations.

Good news for new developers: South Florida’s largest employers don’t care much about the latest web dev technologies! Aside from some jQuery and a bit of AngularJS, front-end developers at these companies really don’t need to know much more than basic HTML, CSS, and JavaScript. So if you want to get a job as a web developer in South Florida, all you really need to do is focus on the basics!

To check our our Front-End Web Development program, explore.fvi.edu.

To get started learning the basics on your own, check out these simple tutorials: What is HTML? | What is CSS?