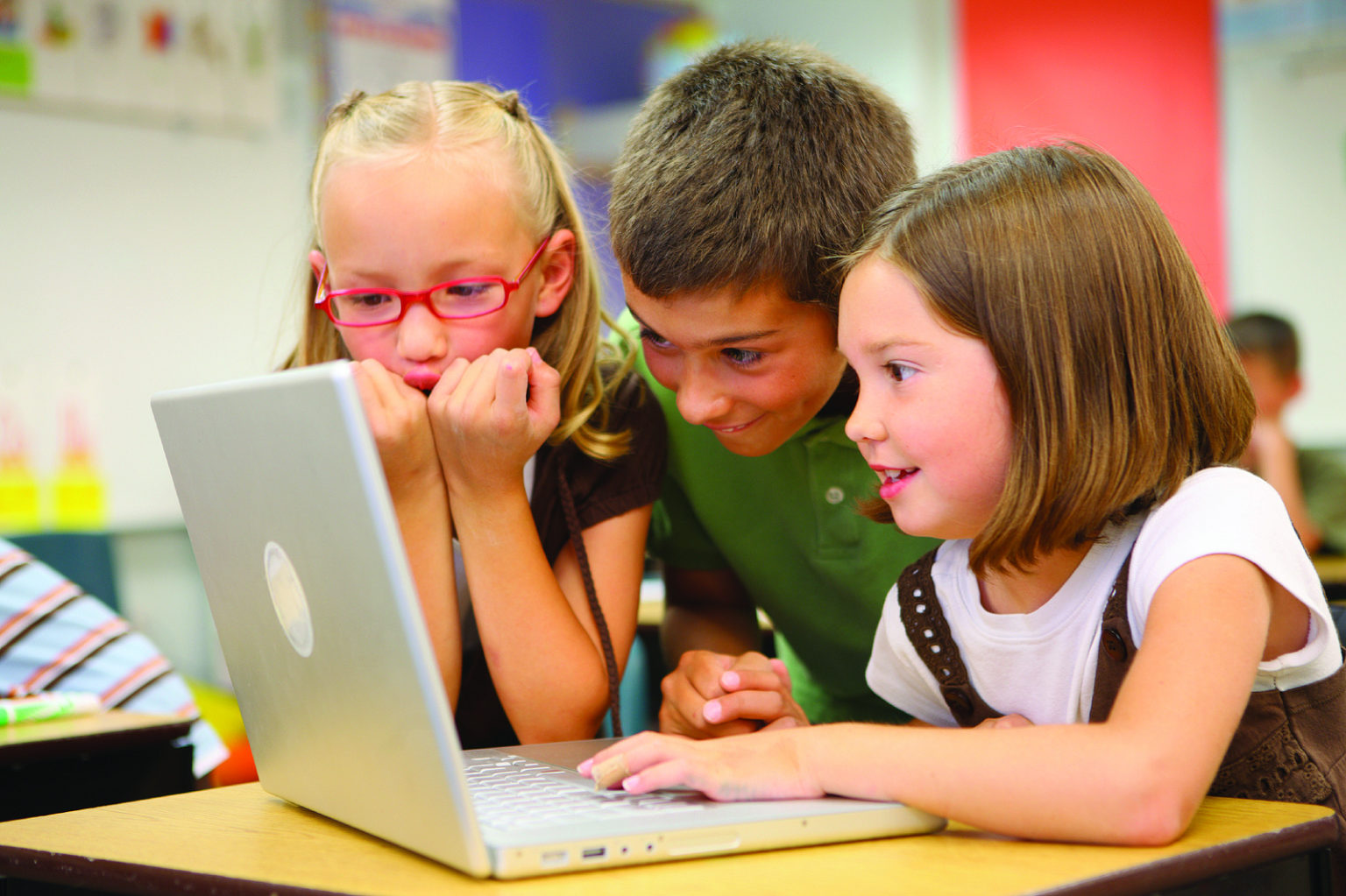 3 Great Reasons To Learn To Code

3 Great Reasons To Learn To Code

Learning to code may be the single smartest career move you can make in 2015. Being able to read and write code opens the door to a life filled with fun, fulfillment, and countless cushy career opportunities.

People learn to code for many reasons, but three of the biggest motivators are:

Coding is one of the most highly sought-after skills in our modern economy, with newbie coders, fresh out of three-to-nine-month coding programs, getting multiple job offers right out of the gate. Experienced developers often bring in more money than doctors, lawyers, engineers and CEOs… with much less time and money required to get started.

Don’t let that fool you though; a career in code is about much more than just money. In fact, some of the world’s most successful coders didn’t go into it for the money at all. Coding is so much fun that kids often start developing apps and building websites for the sheer enjoyment of developing apps and building websites. The feelings of fulfillment, creative satisfaction, and pride that come with being able to create things with your mind – things that can, and often do, improve the lives of people around the world – are so powerful that people become passionate about coding before they even realize how much money they’re about to make.

Coders (like web developers and computer programmers) are in more demand than ever before.   Normal people, with no college degrees or marketable skills other than being able to read and write code, are offered comfortable, highly paid positions every day. Experienced coders (and those who have strong creative and/or interpersonal skills) are in even higher demand, often earning salaries well into the six-figure range.

According to the United States Bureau of Labor Statistics the median pay for software developers in 2012 was $93,350 per year, with 22% job growth from 2012-2022 (which is, according to the BLS, “much faster than average”). The BLS attributes this exceptional job growth to “a large increase in the demand for computer software.” Think about how many apps people have on their smart phones nowadays, and you’ll begin to get a practical sense for this explosion of increased demand. For those with exceptional talent and/or experience, the salary outlook is even better; the BLS reports the top 10% of applications software developers earning over $138,880 per year.

Coders who work at world-renowned companies like Facebook and Google come in expecting six-figure salaries, and are pampered in ways that 99% of office workers could only dream. Game rooms, work-on-whatever-you-want days, and a never-ending supply of free gourmet food are just a few of the perks of being a great coder.

At the very top of the pyramid, coder-preneurs have literally become the richest people in the world; Larry Ellison (a coder-preneur who built Oracle) holds the #5 spot at the time of this writing, and Bill Gates (Microsoft) is holding steady at #1.

Newer coder-preneurs, like Jeff Bezos (Amazon), Mark Zuckerberg (Facebook), Larry Page (Google) & Sergey Brin (Google) hold the #15, #16, #19, and #20 spots, respectively. Looking at the Forbes 500, you might notice a disproportionate (and truly unprecedented) number of nerds. This is no coincidence. Being able to read and write code is kind of like a superpower (or an unfair advantage, depending on how you look at it), at this strange time in history, when computers have already begun to rule our lives, yet only a very small percentage of the population has any real ability to control them.

This trend toward coders winning at life doesn’t seem like it will be slowing down any time soon. Tech startups like Uber and AirBnB (and a legion of smaller ones like Instagram, Tumblr, and Waze) have made hundreds of billions of dollars, and created thousands of coder-millionaires over the past few years alone. Even for those who just want a comfortable, steady career and aren’t trying to get uber-rich, the money flows easily now, and the outlook is just getting better and better.

To learn more about the many ways to make money as a coder, check out our four part series on career paths for coders!

Many coders start out as kids playing with their computers, messing around with code just for the heck of it. For some, there’s a sense of satisfaction that comes along with building things with one’s own two hands, or being able to hack their way into places they shouldn’t be able to access. For others, it’s more of a sense of creativity and pride in their work.   Some people are excited by the challenge of solving problems and putting together puzzle pieces to create a functional whole, while others just like to be 1337 and show off their awesome coding skillz. Hey, that’s cool, we’re not judging. Whatever the reason may be, many coders simply find computer programming to be fun. Fame, fortune, and changing the world are all just gravy.

To learn more about the ways in which coding can be fun, check out our article on the fun of coding!

CHANGING THE WORLD, ONE LINE AT A TIME.

100 years ago, programmable computers didn’t even exist. The first programmable computers were invented in the 1930s and ‘40s, and they didn’t really hit the mainstream until the 1970s and 1980s. Thirty years ago, the Internet was still the province of nerds and office workers. It has only been in the past twenty years or so that the Internet, along with personal computing, has exploded into the mainstream. Now, here in 2015, we have reached a point where teenage girls can’t go for more than ten minutes without looking at the social media notifications on their smart phones.

You may have heard about the coder who used machine learning to get thousands of dates on OkCupid, or the guy who wrote a simple python script to win over a thousand prizes on twitter contests, or the computer scientists who are using data analysis to decode dolphin languages. But coding doesn’t just give you the power to improve your own life and explore fascinating possibilities; it gives you the power to impact the lives of billions of people, change the way that the world does business, and human beings the ability to interact with one another in ways that have never been possible before in the history of our species.

When Mark Zuckerberg created Facebook, he knew he was creating something awesome. What he might not have known at the time was that he was creating something that would be used, every day, by literally billions of people — a large proportion of the human population of Planet Earth. He knew he was creating a web app that would allow people to connect with one another, but he probably didn’t expect it to completely revolutionize our experience of keeping in touch with one another, in a way that was simply unimaginable to the countless generations of humans that lived and died before he was born. He might not have known all this at the time, but he certainly realizes it now, as he sits and marvels at it all in his 750-acre, $100mm Hawaii home. That’s a pretty cool experience for one human being to have. And none of it could have happened if he hadn’t learned to read and write code.

Of course, Zuck isn’t the only coder to have changed the world in such an epic way. In fact, people are doing it every day. Normal people, armed only with a dream and a computer, are changing the world right now, as you read this article. Apps like AirBnB and Uber are changing the way that people live and travel. New apps like Instacart allow you to do your grocery shopping in an instant, without ever having to get out of bed. Coders at companies like PayPal, Venmo, and Bitcoin are making it easier to transfer money, to pay and get paid. Web sites like Khan Academy & Udemy are revolutionizing the way we learn, by offering high quality education at a fraction of the cost of traditional Universities.

While changing the world in such a powerful way is an awe-inspiring prospect for new coders, most coders won’t quite make it to that level. Even the “normal” coders though, the nameless software developers working to make your browser run faster, the contented web developers who just want to live comfortable lives and go home to their families, are all contributing to a brighter future for all humanity. Coding is a process of creation. Whether you’re creating beautiful websites, useful apps that make peoples’ lives a little easier, or industrial software that powers corporations, whether you’re doing it alone or working as part of a large team, you’re contributing something of value to this world. And that brings satisfaction not only to the lives of others, but to your own life as well.

Learning to code is probably the smartest career move you can make in 2015. Not only because it will help you make a whole lot of money… but because it can give you a fun & fulfilling career path, where you get paid to express your creativity, and your imagination can change the world.

To read more about how fulfilling a career in code can be, check out our article Can Learning to Code Lead to a Fulfilling Career?

HOW YOU CAN LEARN TO CODE

Learning to code can seem like a daunting endeavor, destined only for computer nerds and MENSA members. The truth is, learning to code doesn’t have to be a painful process at all. In fact it can be quite easy, and fun as well! Kids in elementary schools around the country are learning the fundamentals of computer programming by playing with a yellow cartoon cat named “Scratch” (scratch.mit.edu). Other games, like codecombat.com and playcodemonkey.com, are making it even easier and more fun for kids (and young-at-heart adults) to learn to code.

But learning to code isn’t all fun and games; there are more sober-minded resources available as well, and many of them are completely free. Codecademy.com offers free, guided tutorials on everything from basic HTML layouts to programming in Python. For those who are a bit more self-motivated, websites like w3schools.com offer a wide range of free, open-format coding information that can take you from total n00b to expert web developer. All you need is time and motivation.

This unstructured, self-driven path works very well for many people, which is why we are seeing more and more fifteen-year-old kids building beautiful, functional websites & apps. However, for many people (especially those who are already involved in the work force, or have other responsibilities demanding their attention), self-directed study can be a long process that gets neglected, ignored, and eventually dropped. For those people, full-service, personally-guided programs like the Front End Web Developer course at FVI.edu can mean the difference between career stagnation and moving forward toward a brighter future.

To learn more about FVI.edu’s guided courses, check out www.fvi.edu/it-programs/web-application-development-engineer. Who knows? It might be your first step into the fun, fulfilling, comfortable career you didn’t even know you were looking for!