Coding Can Change The World

“The programmers of tomorrow are the wizards of the future. You’re going to look like you have magic powers compared to everybody else.”
— Gabe Newell (billionaire co-founder of Valve Corporation)

People learn to code for a wide variety of reasons.  Some code for the money, others just code for fun.  Some code to help people and improve the lives of fellow human beings.  But there is still (at least) one more motivation driving people to learn to read and write code nowadays.  While it may not always be as altruistic as coding for kindness, nor often as practical as coding for cold hard cash, many people, at this unprecedented inflection point in technological history, are learning to code in order to develop the power to change the world.

There’s a funny tendency in humans to want to change the world — to leave some massive impact upon this Planet Earth, a legacy that will outlive our mortal shells of meat and bone.  Many of us grow to abandon these dreams, in favor of a more comfortable, practical existence, fitting our lives neatly into the structures that others have already set up before us.  But some of us, well, we just refuse to give up.

Even among those dreamers and would-be world-changers who persevere through their twenties and their thirties, many end up beaten down by life, waking up one day, at forty or fifty years old, and realizing that maybe changing the world wasn’t as easy than they had initially thought.  Maybe it just doesn’t happen for everybody.  This kind of mid-life disappointment has, historically, been a pretty common outcome for people with uncommon goals and admirable determination.  And it still is today.

But wait!  Before you start getting discouraged and looking for a “real job,” as an accountant or something, like your mama has been patiently cajoling you to do… there is still a glimmer of hope for dreamers and delusions-of-grandeur-ers in today’s modern world of technological proliferation.  There is one (relatively new) skill that has consistently, over the past few decades, made world-changers out of teenaged and twenty-something dreamers, given rise to countless rags-to-riches stories, and powerfully transformed the world that we all live in.  Learning this skill gives a human being the almost-magical power to affect the lives of millions (and even billions) of people… all from the comfort of one’s own living room.  That skill is computer programming. 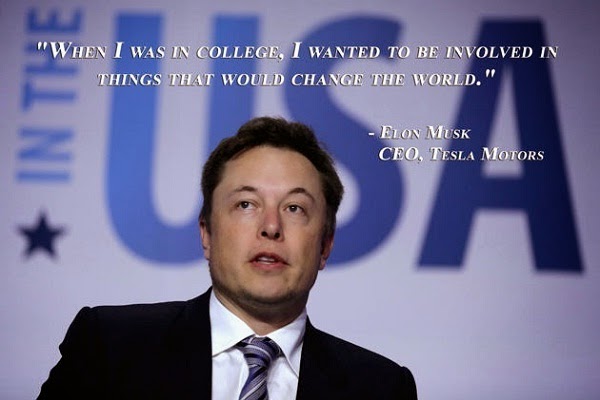 Learning to read and write computer code is arguably the best first step you can take if you have the itch to change the world.  The world is changing at an unprecedented pace.  Ten years ago, there was no such thing as an “iPhone” (would you believe it was only introduced in 2007?).  By October 2013, more than 70% of teens were walking around with smart-phones in their pockets and purses.  Today, it seems like even babies are helplessly addicted to their parents’ smart-phones and easy-to-use tablets.  This is all part of a phenomenon called “ubiquitous computing,” which has been making imaginative futurists giggle with delight since the 1980s.  It’s happening.  Right now, today, it’s happening, and on a global scale.  This proliferation of personal computing into mainstream life is the socio-cultural context that gives coders such unprecedented power in these new and exciting times.

When you are literate in the language of the computer, and you have access to the (increasingly accessible) internet, you can communicate with millions, or even billions of devices around the world, in the blink of an eye.  You can create things that people actually use in their daily lives, from Hong Kong to Miami to San Francisco.  You can change the way that people do business (Uber, eBay, etc), you can change the way people access information (Google, Wikipedia, etc), you can even change the way that people put roofs over their heads (AirBnB) and connect with one another (Facebook, Skype, YouTube, instagram, gmail, etc).  The world is changing at a crazy pace right now… and, to a large extent, it is the coders who are changing it.

Join us over the next few weeks, as we explore the mind-blowing stories of normal people, like you and me, who learned to code and changed the world.